skip to main | skip to sidebar

For Hassan Saeed. With love, a citizen.

Taking in my daily dose of news, I came across an opinion piece on Haveeru written by Dr. Hassan Saeed. Reading through it, I was struck by how badly these people were trying to justify their actions, and at the same time, incriminate anyone who dared to speak against them. Not to mention the desperate attempt to appear to the international community as a 'government' which were the saviour of the Maldivian people, and not instigators of previously unseen levels of brutality from the security forces among other alarming things.

Hassan Saeed kept on selectively sweeping matters under the rug, and I decided to try sweeping them right out into the open again.

The text in red is quoted from the said article written by Dr. Hassan Saeed.

"The birth pangs of democracy in the Maldives have been more painful than perhaps any of us anticipated. That is one reason that we welcome help and advice from our many friends in the international community whether the United Nations, India or the Commonwealth amongst others."
Reading the first sentence alone, I have a feeling that this article is meant mostly to try and undo the utter damage MP Riyaz caused in his heated, uninformed and thoughtless flow of words about the Commonwealth, the UK and the Queen herself. What Saeed needs to understand is, after his own conversation with the students in UK, about how Waheed is politically the weakest man in the country, got leaked, his credibility has gone down another couple of notches. Also throw into the equation the fact that he has served with presidents Maumoon,  Nasheed and Waheed and on both previous occassions, switched sides more often than a snake sheds its skin.
On the issue of 'help from international friends' being so welcome, I have to point out that statements from other members of what they call the national unity government shows otherwise, including  Abbas Adil Riza, spokesperson for Dr. Waheed.
"However it is vital that any conclusions that these friends draw and subsequent statements that they make are firmly based on firsthand experience and objective analysis of what is actually happening on the ground in the Maldives. Their credibility here and elsewhere in the future depends on it.The new National Unity Government in the Maldives is already fostering good international relations with a range of partners. We are very confident of our legitimacy and integrity as a government.We are also happy to be judged by our actions since former President Nasheed’s resignation on the 7th February and also in the months to come. But these same criteria should also be applied to Mr. Nasheed and his supporters in his political party the MDP."
I hope this means that the reports issued by organizations like Amnesty International will be seriously considered.


It is, however, deliberately misleading to talk as if this whole issue began with the resignation on 7th February. I would like to point out that regardless of Hassan Saeed's statement that they are 'happy to be judged' by their actions since the resignation, it is of utmost importance that any investigations bring into account the events leading up to the resignation. In my opinion, the problems extend far beyond the police mutiny, or even the arrest of the criminal court's chief judge, who until his arrest, had been an insignificant fellow unknown but to a few.
Speaking about the judge, although he might have been unconstitutionally arrested, I find it alarming that he has been reinstated, and later moved to the Family Court while there are such serious cases against him at the Judicial Services Commission. Having seen Dr.Waheed's statement of 22nd January 2012, I would have thought he would have acted more in public interest in this case.
Furthermore, it is the sad truth that the only persons in the Maldives so far confident of the legitimacy of this government are the government itself, some among their political supporters and the non-existent 90% that Dr. Waheed keeps referring to.
"That is why we were disappointed with the somewhat muted condemnation by the international community, of the violence on the part of MDP MPs that prevented the opening of our Parliament on the 1st March.


And on 19th March we have witnessed unprecedented scenes of violence, vandalism and arson in our capital Male. This is not legitimate political protest- this is criminality pure and simple."
Why is Waheed so adamant on giving the presidential address when the huge numbers protesting against it show that so many of the people he is supposed to be president of obviously does not accept him? Why can't he do the honourable thing and pave way for a democratic election without so obstinately insisting that he is and will stay the Maldivian president? In any case, this is a political suicide on his part and he can start packing to make another quick exit following the next elections.

"Demonstrators led by the MDP, attacked the local TV station VTV studio, with rocks and iron bars causing damage amounting to approximately 1.5 million Rufiyaa to the building and equipment.Sympathizers of the MDP also torched the Auction Shop area in Male, with an area about 5000 sq ft. razed to the ground.Eight law enforcement officers were injured. One officer has such severe head injuries that he is being evacuated to Sri Lanka for urgent treatment. Mr. Nasheed is yet to condemn any of these actions."
If we are to talk about violence, I agree wholeheartedly that violence, no matter who commits it, is wrong and should not be encouraged. However, seeing a man like Hassan Saeed speak with such feeling about the violence he accuses persons from the MDP to have committed, and yet not even mention the atrocities the security forces committed against the general public and peaceful protesters is appalling. Photo and video evidence of police brutality are to be found on numerous sites and social media, one source could be http://mvdemocracy.com/

And to think that this educated fellow is writing in conventional media that the above attacks were made by MDP and/or its supporters!  Are the investigations complete? Is there unquestionable evidence?
Additionally, it is doubtless a sad thing that 8 law enforcement officers were injured. However, it is equally, if not more, sad that hundreds of civilians were injured through attacks by the law enforcement officers who often resorted to measures far more violent than the situations called for.
As per http://mvdemocracy.com/, there are, to date, 376 verified reports of police detainees after the mutiny.
"President Waheed refused to be intimidated and would not allow these so called ‘champions of democracy’ to prevent him, for the second time, from  carrying out his constitutional duty in delivering his opening address to the Peoples Majilis thus allowing it to operate."
Refusing to listen to the very people who he is President for, namely the citizens of the country, is not, by any means a commendable act of bravery. It is a sign of cowardice and egocentric self-interest. Of wanting power, but not the responsibilities that come with it.

And unless the legitimacy of his presidency is first established, what constitutional duty of delivering an address is he referring to?
"Mr Nasheed is clearly an energetic networker. Many in the West know him – and laud him - for his pronouncements on climate change. His record at home was very different. The international agencies were aware of this. We told them. Concerns around his disregard of basic human rights and our constitution were raised continuously from when he came to power."
Hassan has written that the international agencies were aware of Nasheed being less-accepted at home. In his words, "We told them". That is laughable.
There must be some level of shame when these people insist that Nasheed has no local support. The international community is not so blind as to not notice the unprecedented numbers coming out to protest against what is believed to be an unconstitutional government that is led by Waheed.
"Moreover, it is now six weeks since Mr. Nasheed’s resignation. It is simply unhelpful to see statements that make continuing unfounded insinuations as to the safety of Mr. Nasheed which can only be based on an impression he has worked assiduously to create."
Police spokesperson Abdul Mannan Yusuf has previously said that they have an arrest warrant for Nasheed and even went so far as to say that they will 'arrest him when [we] feel the need for it'. This made me wonder if arrest warrants could be issued with such arbitrary conditions that it could be used when and how the police felt the urge to use it.
With issues like this coming to light, one can hardly blame Nasheed or his supporters for being concerned for their safety.


Note: I am a citizen concerned about the situation in my country, and unwilling to support what I believe is an illegitimate government. I call for a completely independent investigation into the issue (not one carried out by a committee appointed by, and reporting to the accused). I believe the way forward is through a free and fair elections.
Posted by Unknown at 12:33 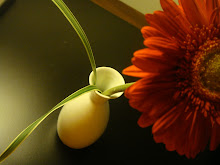